Electronegativity and Bonding Between Atoms 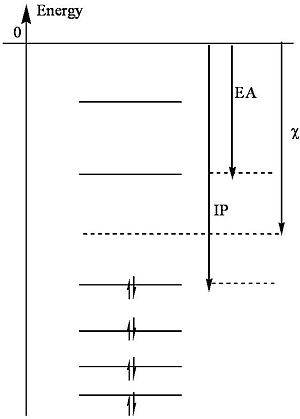 Mulliken presents a useful definition of electronegativity (χ) as the average of the ionization potential (IP) and the electron affinity (EA).

Here is a summary of the different kinds of bonds.